Smart lock, the earliest more people are willing to call fingerprint lock. Therefore, it is not difficult to see that among the many unlocking functions of the smart lock, the demand for fingerprint unlocking is the highest. After all, fingerprints are the only biological key that will follow you at any time in your life, which is really very convenient. There are generally two types of smart lock solutions to fingerprint identification: optical identification and semiconductor identification. Let’s talk one by one
1. Optical recognition
Optical recognition is a relatively “old” fingerprint recognition technology. The principle is to use the reflection of light. After the light is reflected, the shape of the fingerprint is formed on the CCD and then the algorithm is recognized. Therefore, the fingerprint recognition area of ​​the optically recognized smart lock will emit light when it is working.

Of course, for users who are worried about their fingerprints being copied and used, what I want to say is that watching too many TV series is not good. If you want to copy fingerprints, you really can’t do it with a handful of flour + a sheet of transparent glue.
In fact, I have thought about trying various ways of copying fingerprints before, but in actual operation, I found that many materials are not available through ordinary channels, after all, they are very sensitive things. So, unless your house is really worthy of a thief to a certain extent, even semiconductors are not a perfect solution. But having said that, since they are already trenched to a certain extent, the security of the family can’t always count on a smart lock.
In addition, the rejection rate and false recognition rate of the fingerprint recognition module are also briefly described. Of these two, the former is related to the user experience, after all, sometimes fingerprints cannot be recognized and it is annoying. The latter is about safety. Regarding the false rejection rate and the false recognition rate, the general smart lock business will not write it out specifically. But from my actual experience, the rejection rate of qualified products of regular brands is generally very low, especially for semiconductor recognition. When fingerprints are recorded, the same fingerprint is usually collected 6-8 times. Use a standard. As for the false recognition rate, on the whole, semiconductors are higher than optical recognition.
Therefore, when purchasing a smart lock, it is best to choose a fingerprint lock with semiconductor recognition for fingerprint recognition. On the one hand, I think non-luminous is more advanced, and on the other hand, it is indeed much safer than optical recognition. 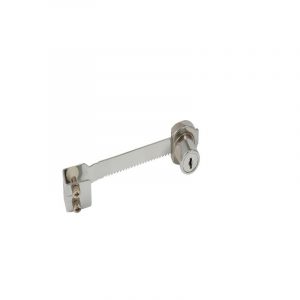